Today I will talk a small tip if you need to want to make sure no password expiration will happen during the day.

# This PowerShell Script will query Active Directory and return the user accounts with passwords
# set to expire before the end of the next day, export a list of the affected accounts, and require
# a password change at the next logon.  The script is configured to ingore accounts which have been
# configured with passwords that never expire, and to ignore accounts who do not have permission to
# change their own password.  Any other account would be affected, so be warned before running this
# script, as you could experience unintended consequences.  Either modify the script to reduce the
# scope of user accounts, or ensure that accounts that shouldn’t be affected are either flaged with
# a non-expiring password or are flagged with “cannot change password.  When ready to run/schedule
# in production, remove the -WhatIf from the last line.
#
# – MWT, 10/11/13

Import-Module ActiveDirectory # Required for PowerShell 2.0 only

# The following line will display/export the data logging the accounts to be changed; please note the
# Out-File path and change to suit your needs.
$b | Format-Table Name,PasswordLastSet,CannotChangePassword,PasswordNeverExpires -AutoSize

Now with that script, it can be planned each day to run after the work shift. A -WhatIf can be added to the last line to test the command before running it live.

The group policy to alter this default can be found at: Computer Configuration\Windows Settings\Local Policies\Security Options under Interactive Logon: Prompt user to change password before expiration

nb The original’s script was took there, but it was modified by me to work on newer OS. 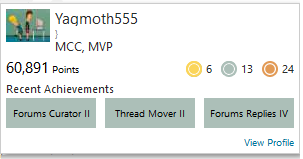